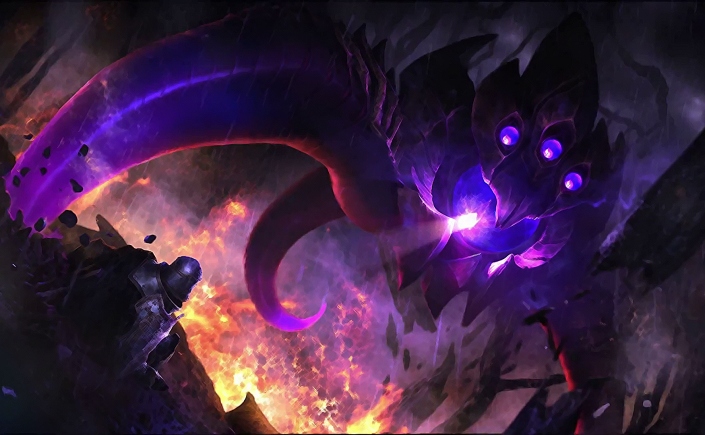 This writing sample is a tribute to a game series I enjoy: League of Legends. This text is a complete work of (fan) fiction, based off of my favorite champion in the game, Vel’Koz.

The inhabitants of this strange place call it Runeterra. And for those who shall follow my path here, heed my warning: as a Voidborn, the prominence of photons on this plane constantly assaults my input and carapace. Initially, you will not find the environment conducive. However, examination reveals a wealth of information to assimilate, both inorganic and organic.

I encountered a strange species upon first contact with this plane, odd creatures of blood and flesh. It was much later that I learned that they call themselves human. Though their biological structure offers little defensive advantage, they possess enough intelligence to have fashioned themselves as the dominant species on the planet. They demonstrate intriguing reactions to pain and their melting point remains inconsistent.

One such human in particular appears to have developed an intriguing array of tools that can manipulate the complexities of time and space. I have not yet encountered the architect of these machinations; however, I require a closer look. What secrets are you hiding? I must know more.

During the interregnum of this destined encounter, I have integrated numerous species. There is much to learn about this world. Humans: simple, messy, yet… exceptional. My presence causes them distress. Flailing appears to be a universal response; yet tears appear to serve no function. Have they ceased to evolve? There are so many questions with so few answers. After all, none have survived preliminary testing.